The Metamorphic Studies Group committee introduces a new award, named after George Barrow (1853–1932), geologist with the Geological Survey of Great Britain and the first to assign index minerals to zones of progressive metamorphism, Barrow Zones. 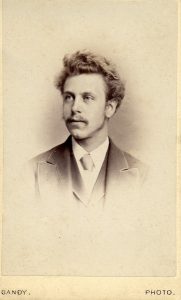 “The Barrow Award will be awarded annually to a scientist who has made an outstanding contribution to metamorphic studies. Publications, teaching, outreach and other activities leading to the promotion of metamorphic geology, in the broadest sense, will be taken into account in making the award. Nominees do not have to be Members of the Mineralogical Society, Fellows of the Geological Society of London or nationals of Great Britain and Ireland. ”

Nominations for the 2022 award should be sent to the Chair of the Metamorphic Studies Group committee, to arrive not later than 31st October 2021. Submissions should be compiled as a single package in pdf format, to include the nomination statement, CV of the candidate and the optional additional letters of support. The nomination package should be attached to an e-mail with a title which identifies the name of the award and the name of the nominee. The e-mail address to use is metamorphicstudiesgroup@gmail.com

The nominations will be considered and recommendations for the award made by the MSG Committee, unless there is conflict of interest in which case other suitable persons will adjudicate.

Photo from the archive of the British Geological Survey; reproduced with permission.