In 2021, the Societys premier medal was renamed: it is now the “Neumann Medal”, in honour of Dr Barbara Neumann (and supported by BYK Additives).  (This annual award was founded in 1990 through the generous support of Schlumberger Cambridge Research. ) The medal has the purpose: 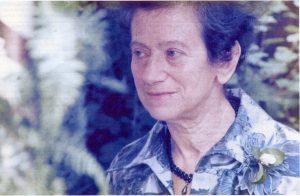 ‘To recognise scientific excellence in mineralogy and its applications; mineralogy being broadly defined and reflecting the diverse and worldwide interests and membership of the Society with its various specialist groups. Evidence of such excellence should be in the form of published work by a currently active scientist. Nominations on behalf of both younger scientists and well-established workers would be welcomed. ‘Nominees do not have to be Members of the Mineralogical Society.’

Nominations are now being sought for the 2023 award

Nominations for the 2023 medal should be sent to the Chair of the Awards Committee at the Society’s office, to arrive not later than 15th April 2022. If not using the form mentioned above, submissions should be in the form of a single package in pdf format, to include the nomination letters, 2–3 page CV of the candidate and the additional letters of support. The nomination package should be attached to an e-mail with a title which identifies the name of the award and the name of the nominee. The e-mail address to use is kevin@minersoc.org.